Below is a small selection of jobs we’ve done on that we’re particularly proud of. Perhaps it’s a rare instrument or belonged to a cool client… or perhaps it was a huge restoration job. Enjoy!
– Rob Rosen
Last updated 10/2021 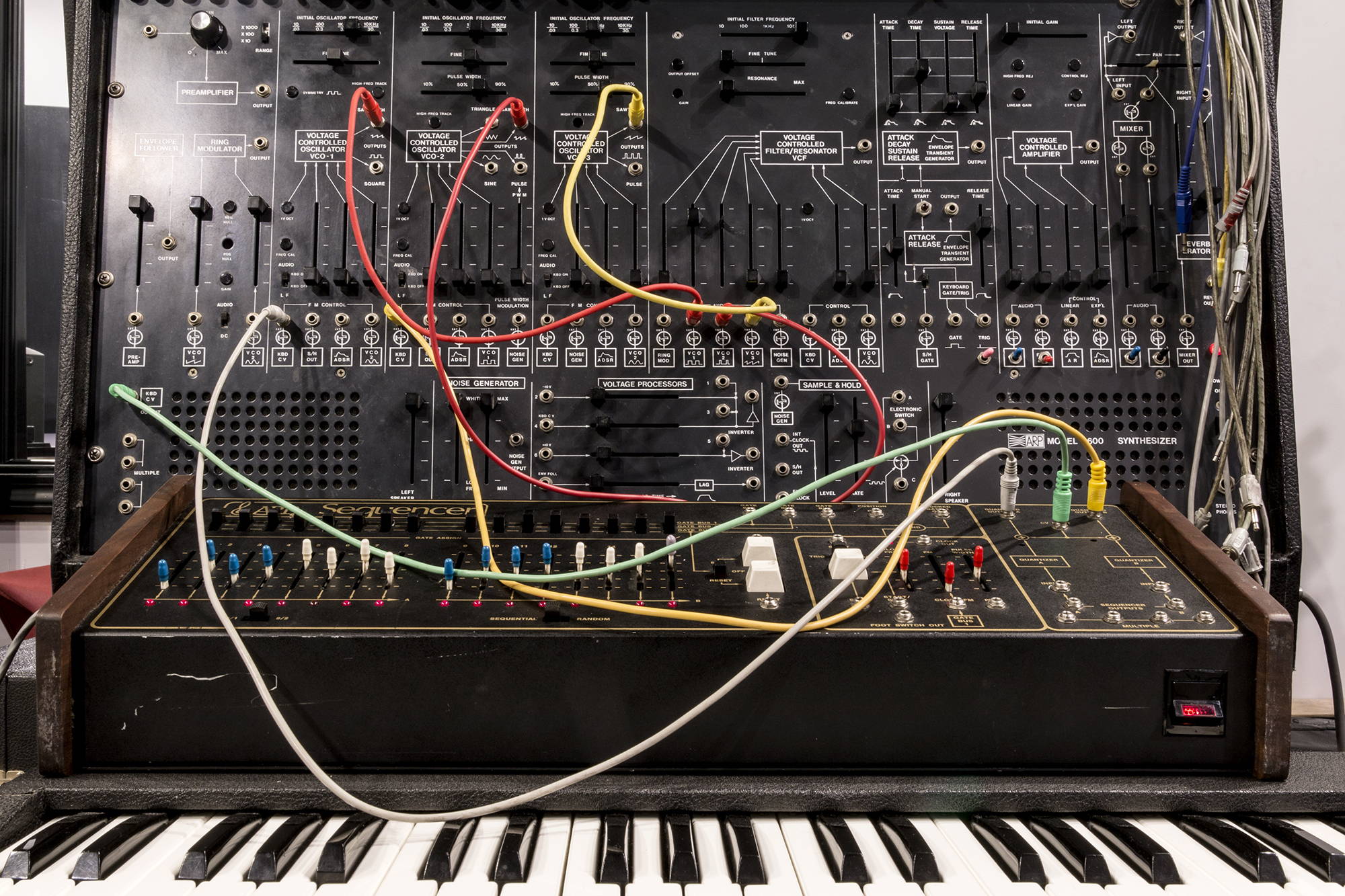 One of my favorite 2600’s I’ve ever worked on. Originally owned by Jerry Goldsmith and used on Logan’s Run (1976) before being sold to my dear friend Anthony Marinelli, who used this very 2600 on Michael Jackson’s Thriller record. This 2600 was the bass sound on the Thriller track, commonly misattributed to the minimoog.

It is a Tonus logo ARP 2600 with 4017 oscillators and numerous performance mods, including fine tune-able octave switches, various kill switches, and more. While we may not ever consider doing mods like this today, these mods represent clear needs from the era, and were tastefully done in my opinion. 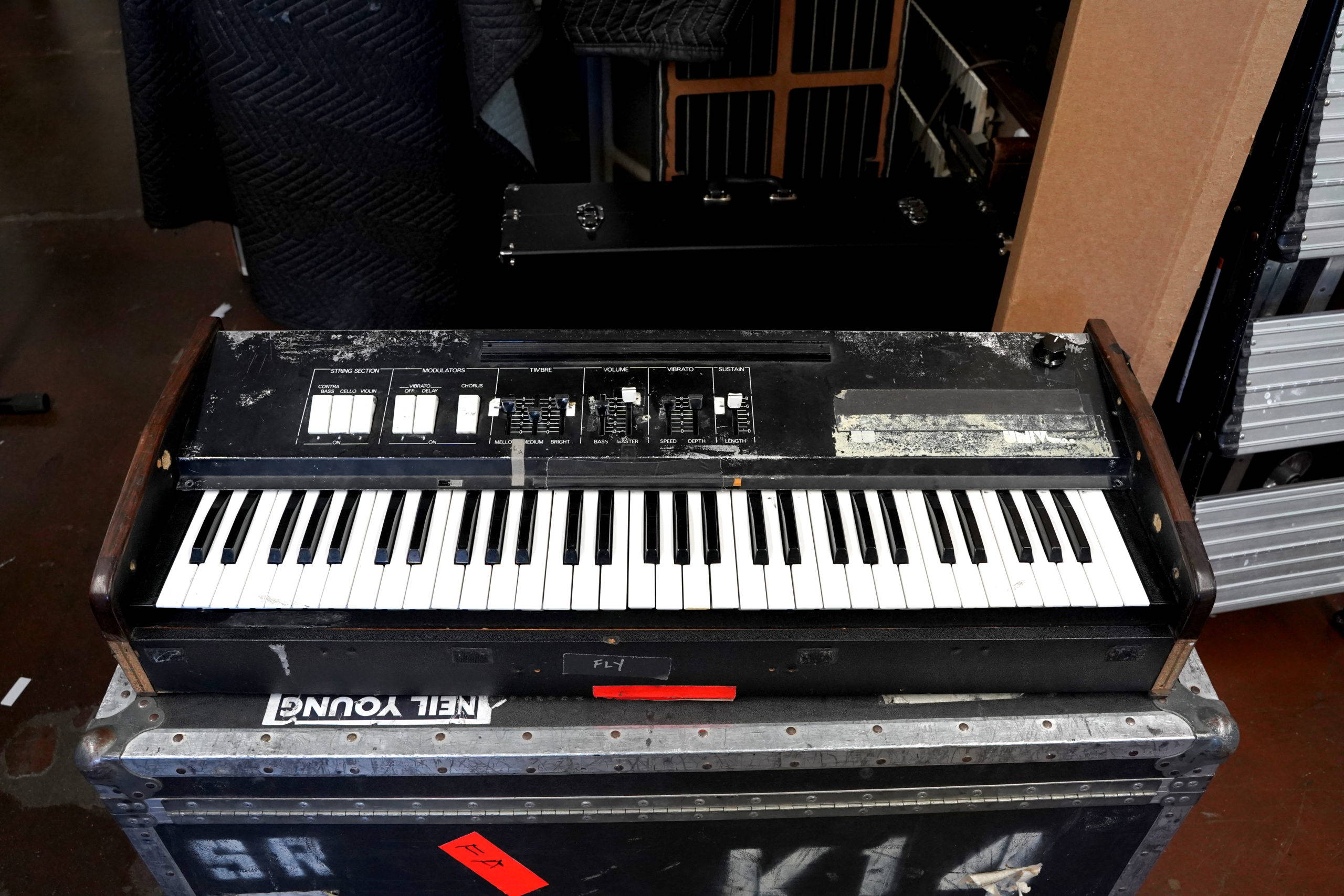 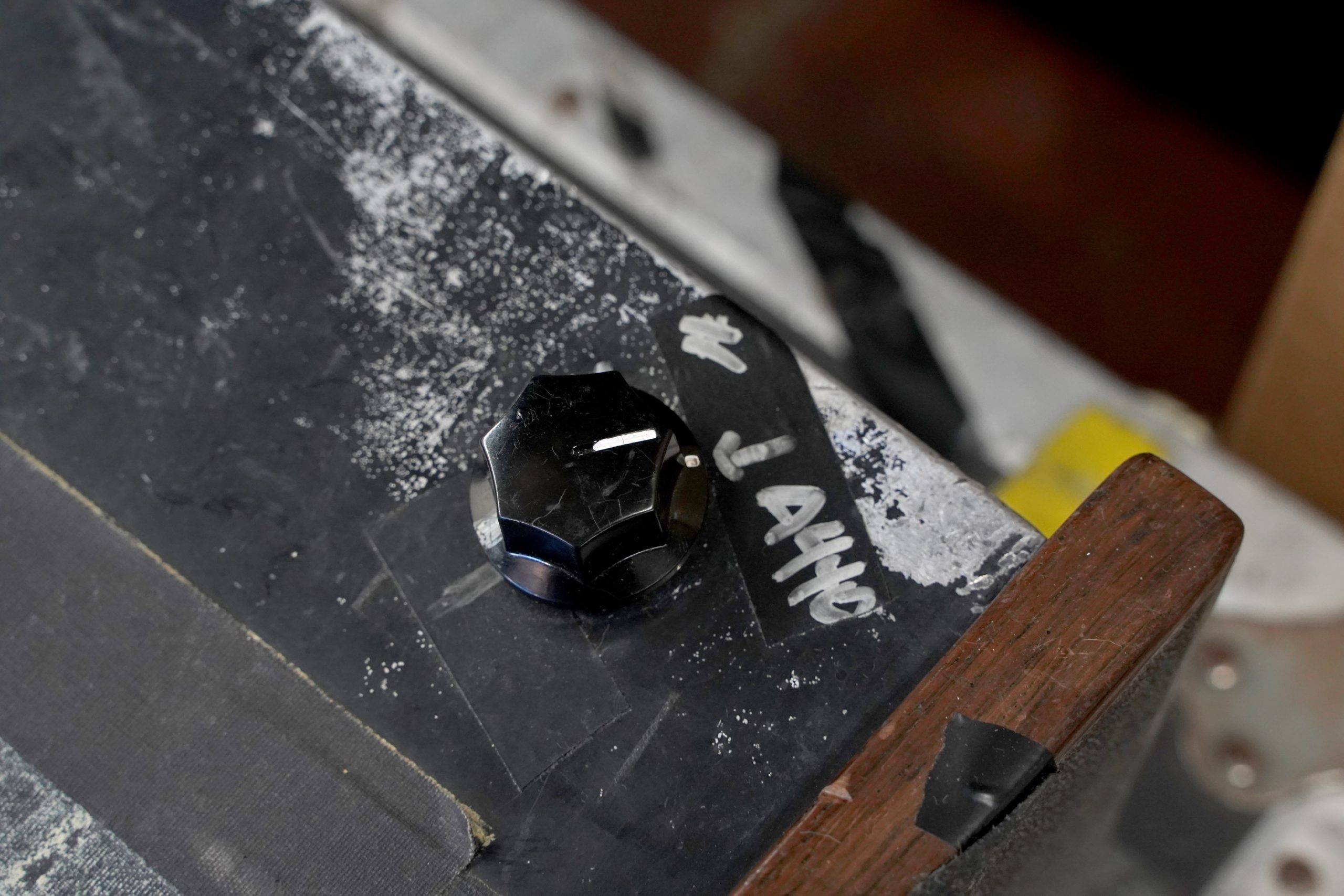 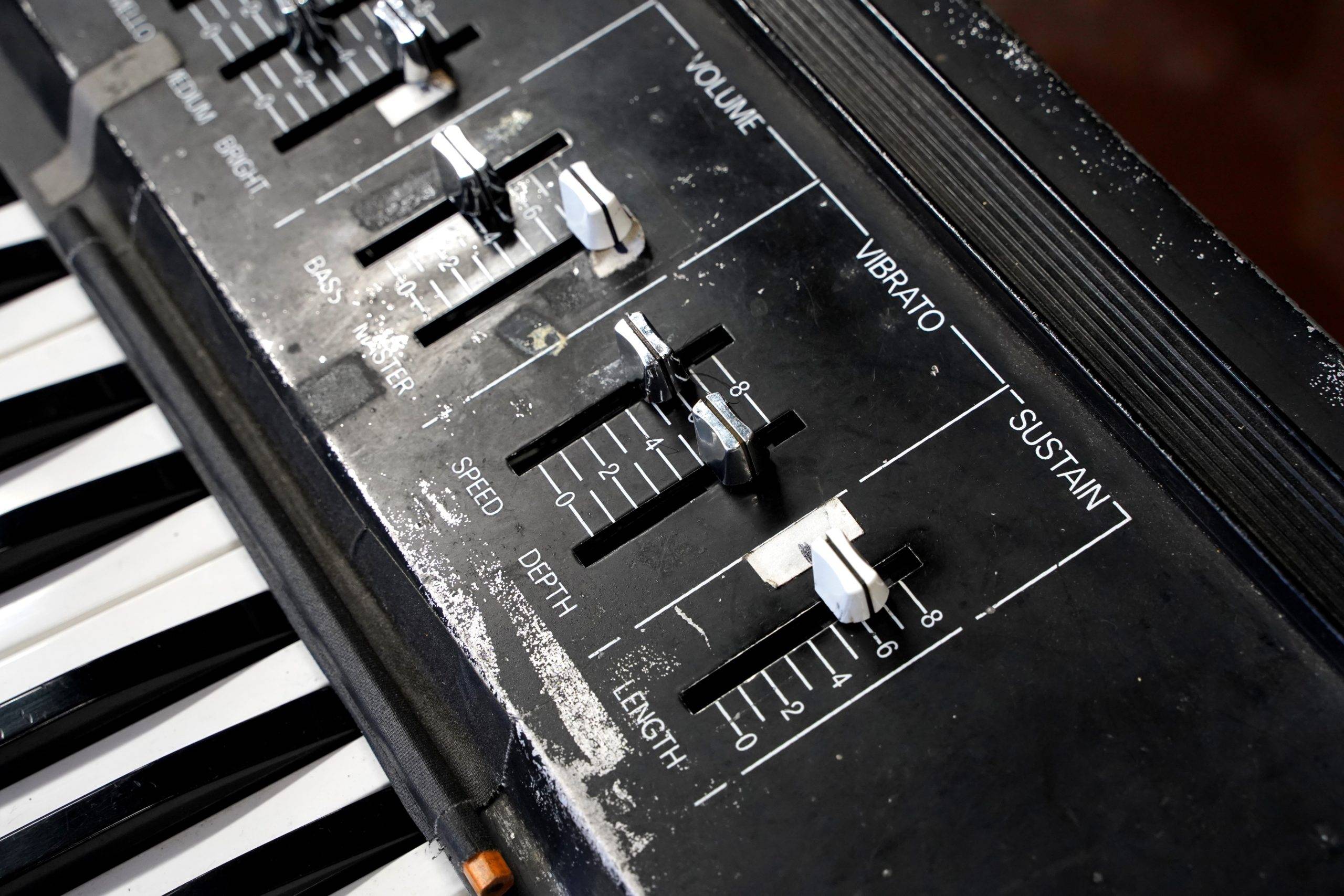 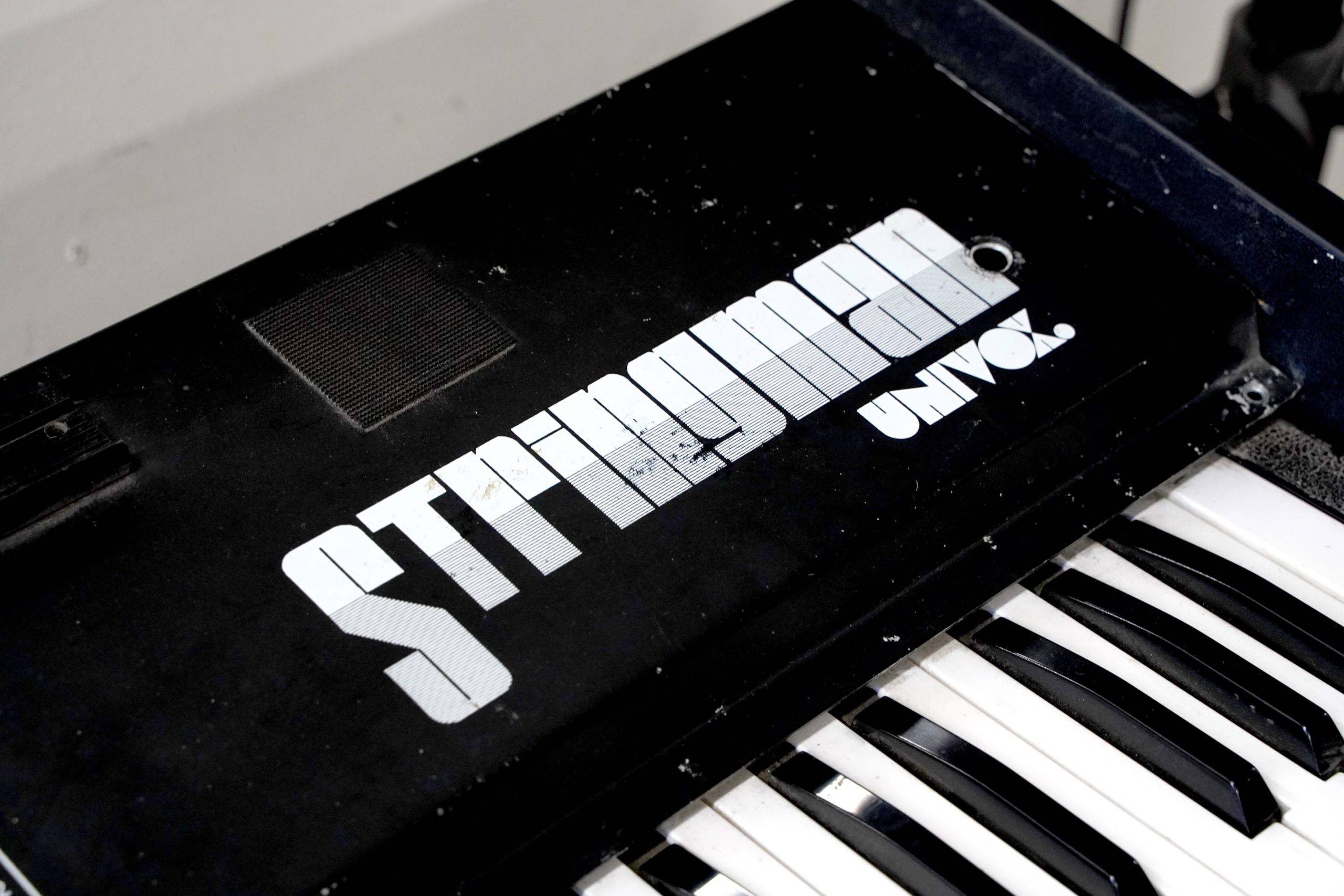 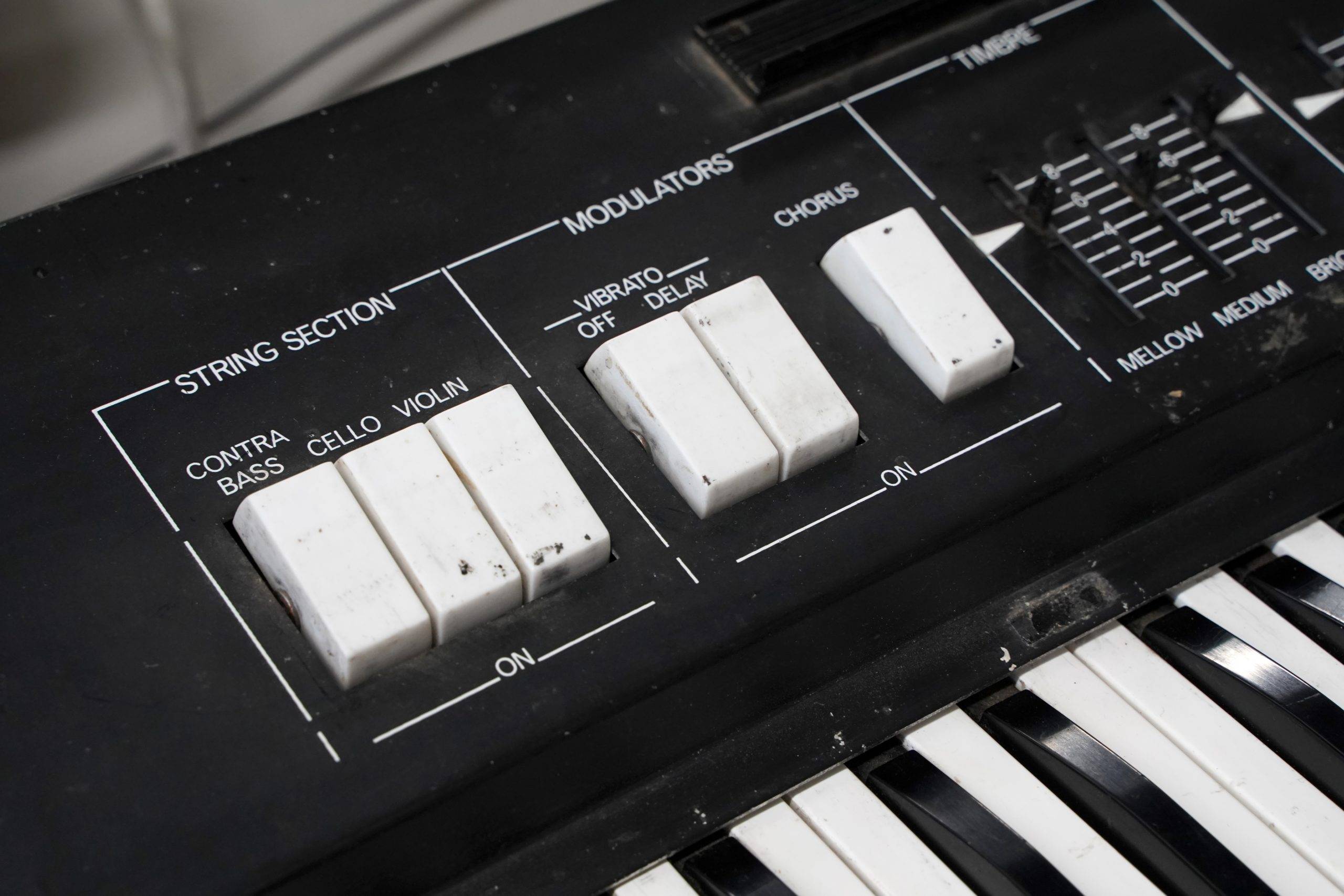 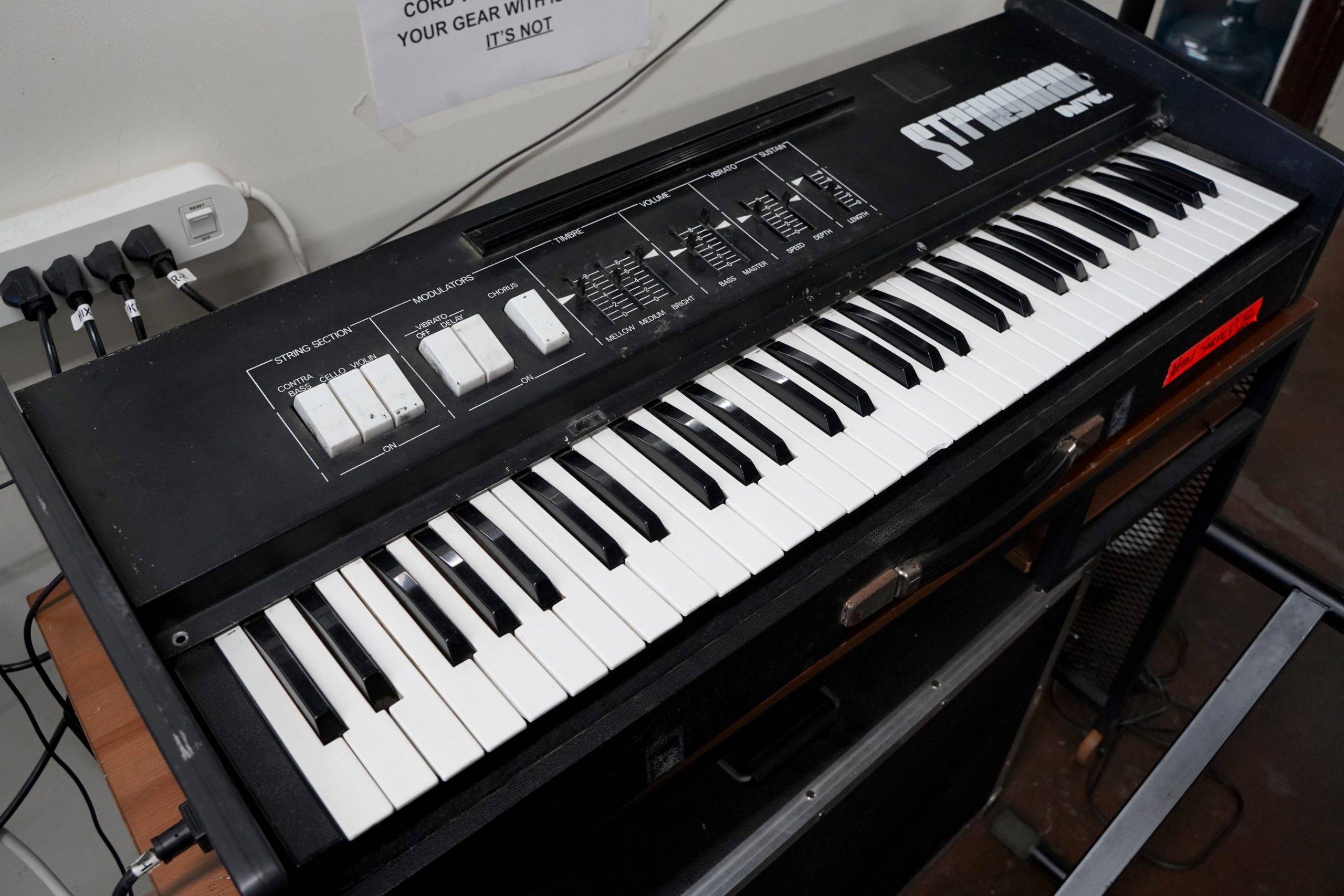 These Univox stringman’s (stringmen?) are owned, played, and still touring with Neil Young. As heard on his song “Like A Hurricane” and others, these are regularly suspended from the stage rafters in what they call “the bird”. The pencil was taped on by Stevie Wonder.

Working for artists like Neil is interesting, as we are hired to both restore the instrument to road worthy condition, while also retaining it’s history and authenticity as historic instruments. These have been through a lot, but they hold up quite well all things considered. These restorations (including more of Neil’s Stringmen not pictured) were spearheaded by our lead tech, Mikal Oor. 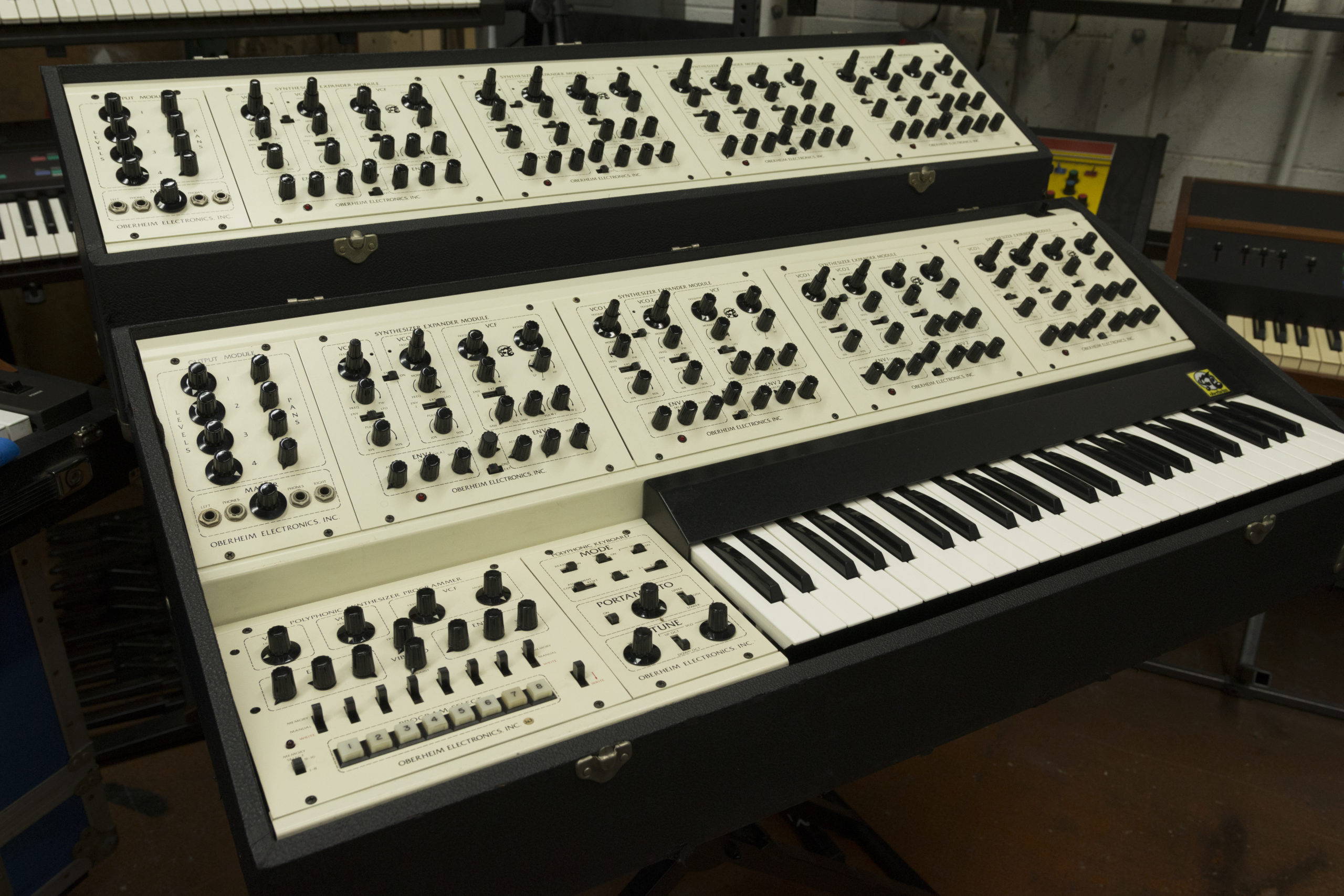 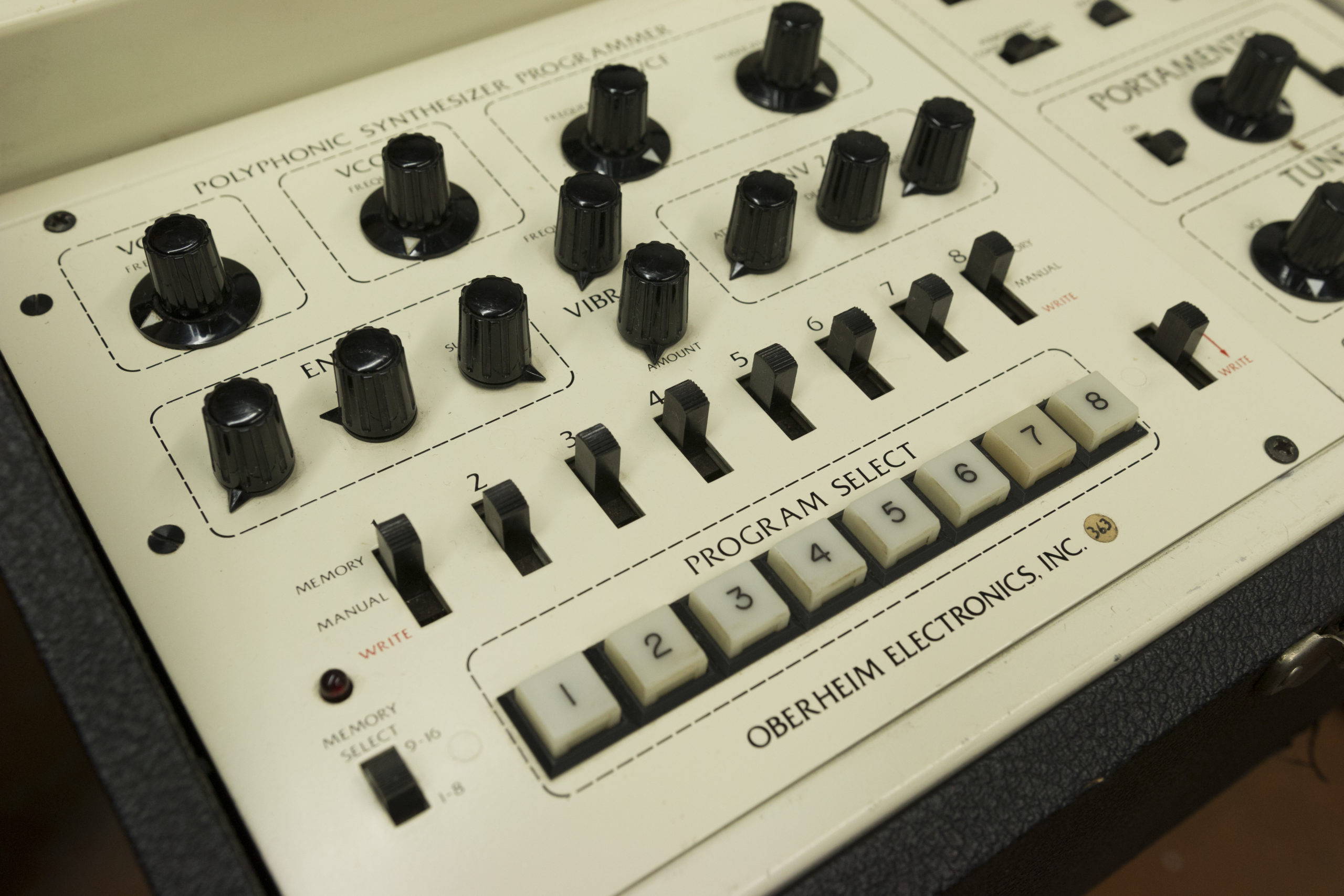 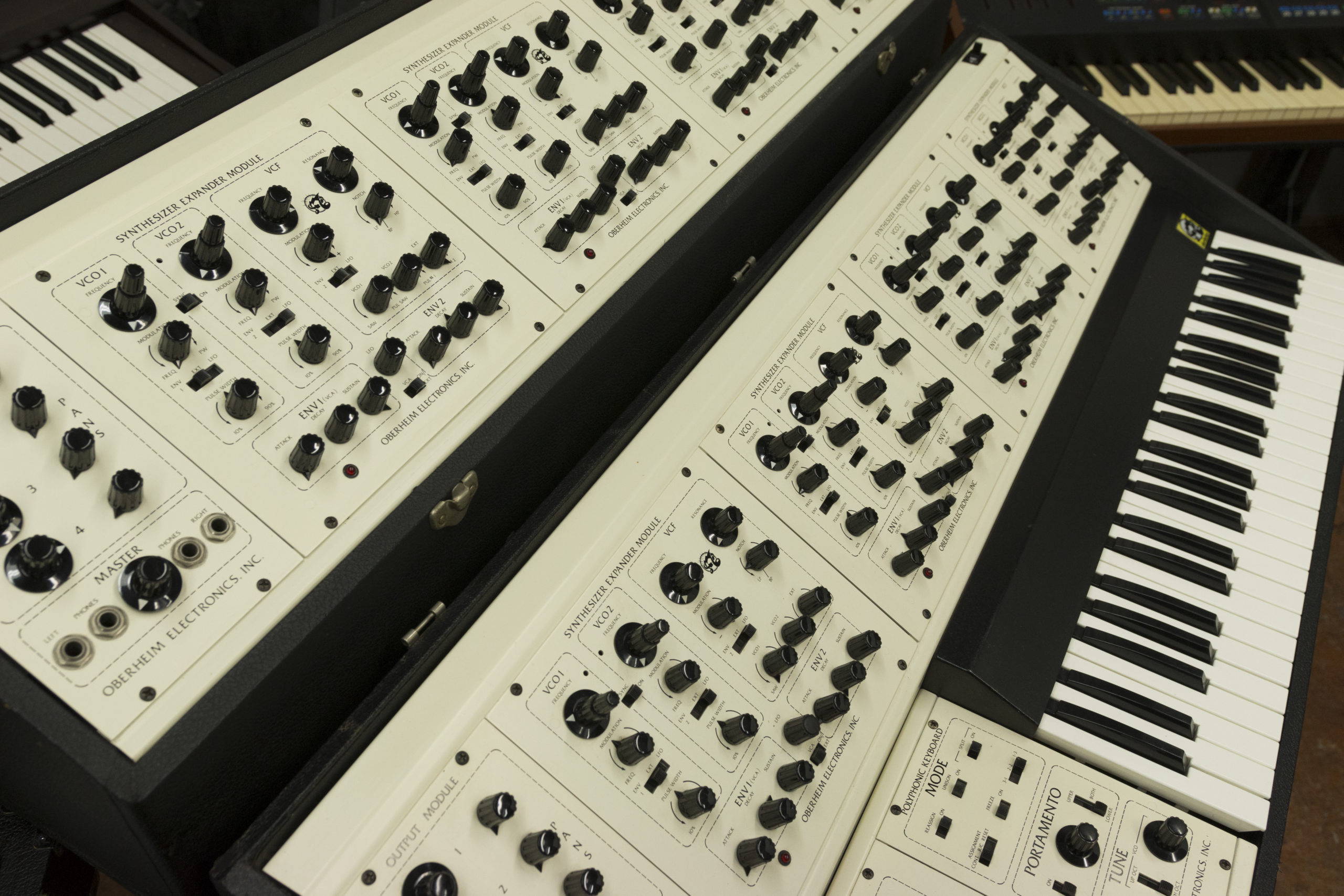 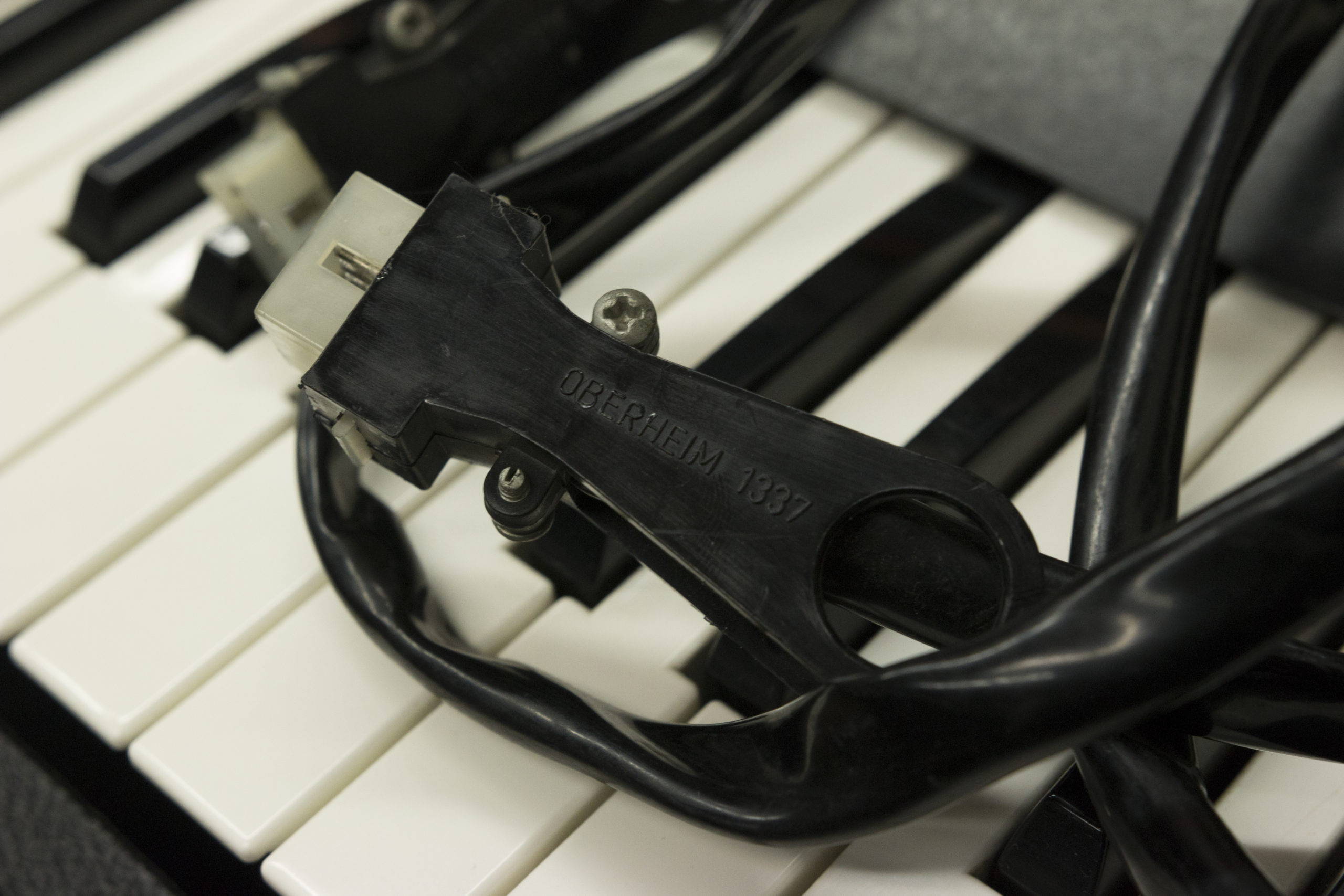 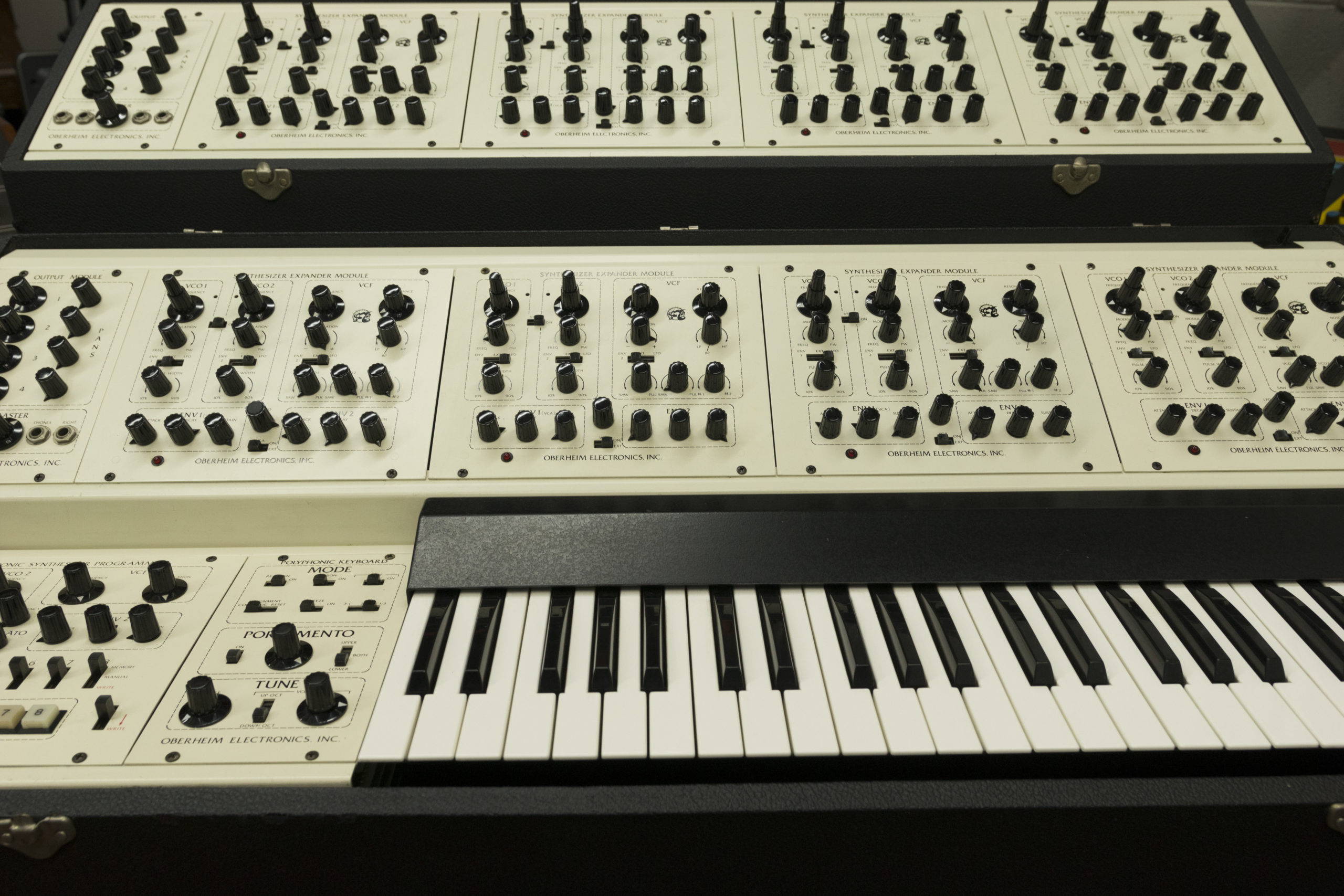 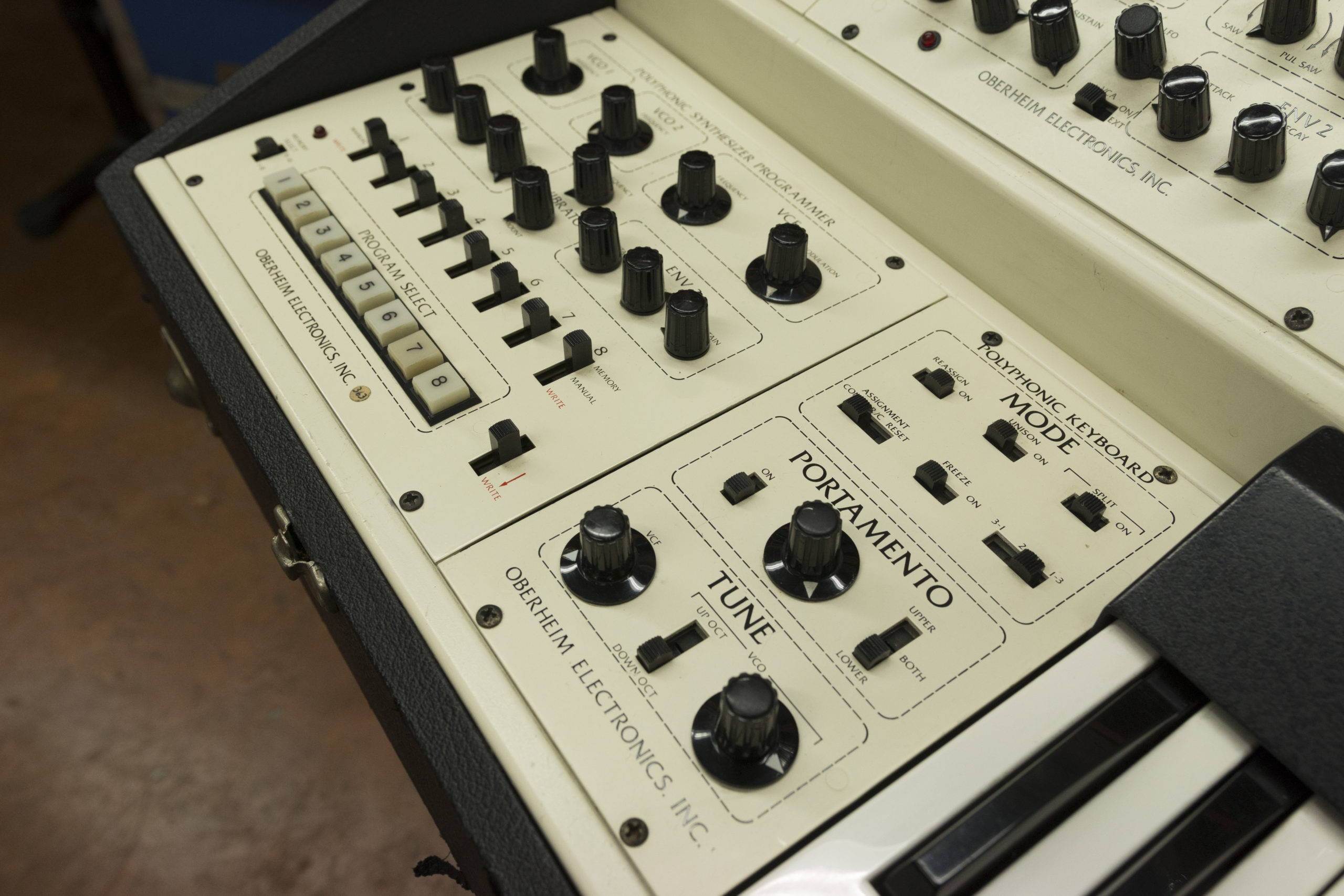 At the time I took this photo, there were 3 eight voices in our shop (okay, one is my own). These are my favorites, truth be told. It’s a sound that really can’t be touched by anything. I was very lucky to procure this one from a cool client and sold thusly to someone who rejected a four voice in favor of waiting for an eight voice (he didn’t have to wait long).

Restoring these is interesting as it seems like it’s just repetitive works, but they really don’t age well, and so so much goes into making these work great, especially with the aging programmer. 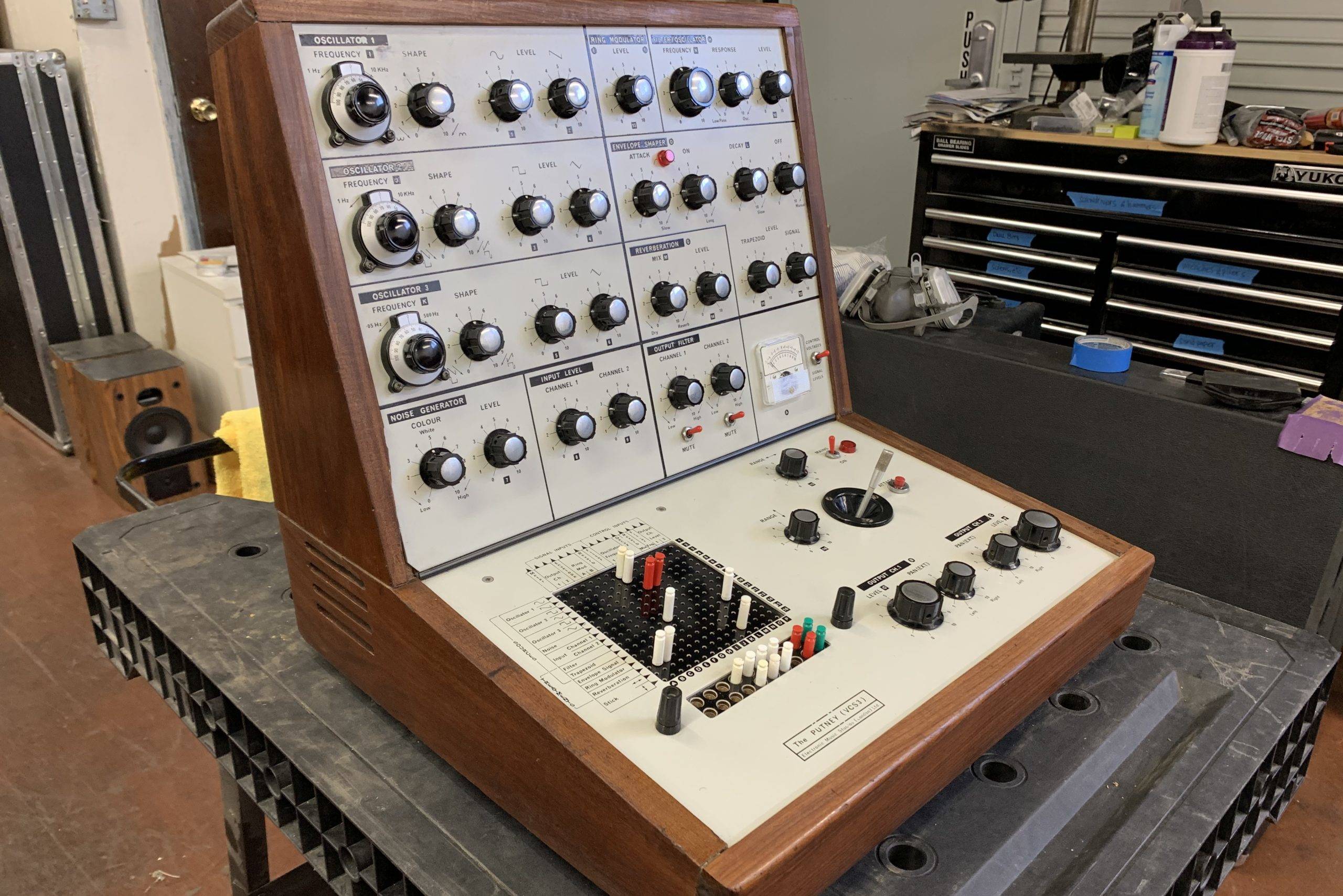 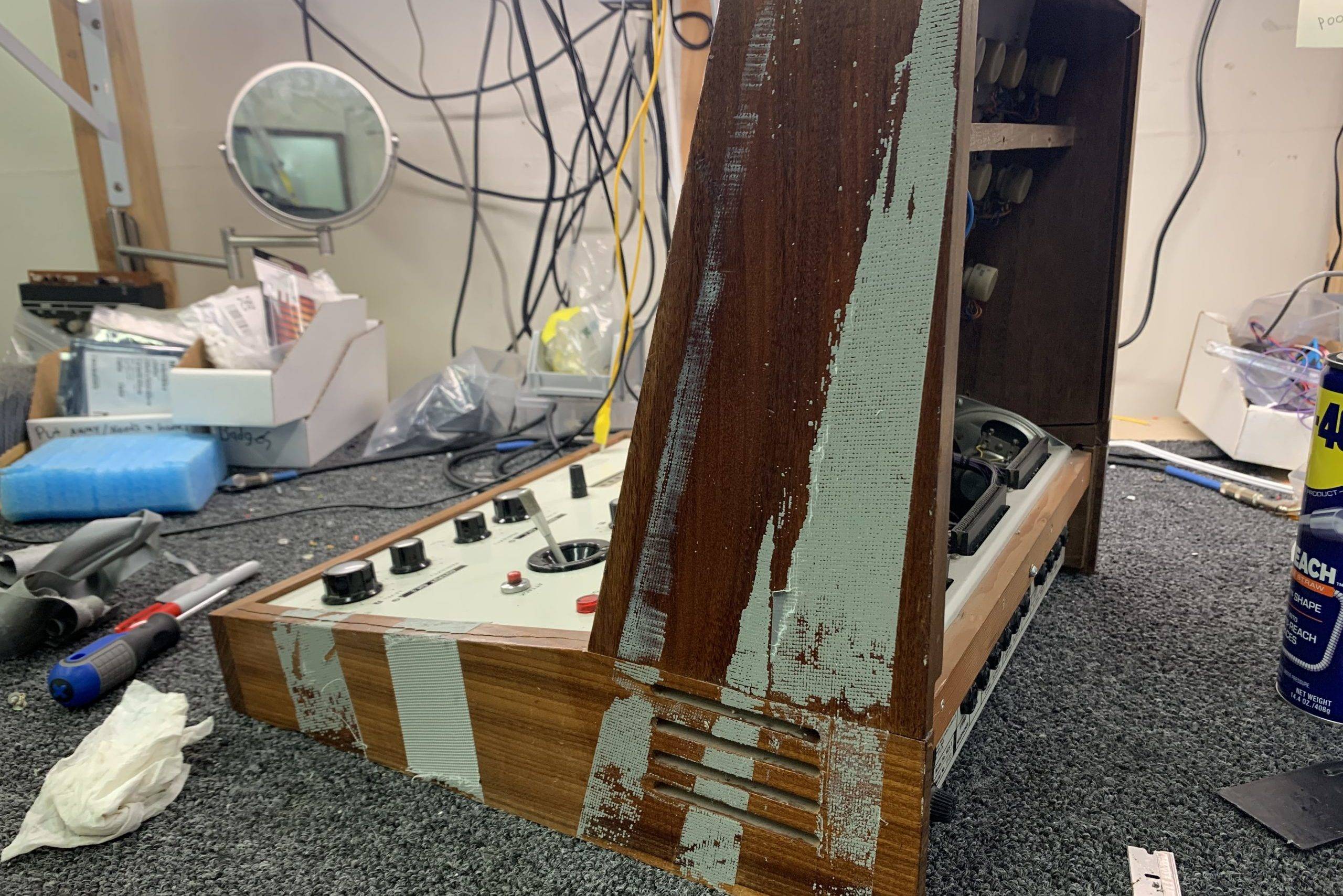 This EMS VCS-3 was brought to us by none other than Christopher Franke. This particular putney was used on the “Phaedra” record by Tangerine Dream (1973).

The second photo shows how it came to us… it was covered in duct tape as the cabinet was falling apart from it’s heavy use. Cosmetics account for a very small part of what we do here, so it’s more worth noting that the thing didn’t really work at all. We comprehensively restored it, including a major service to the wood chassis.

We have many clients with great stories to tell when they visit, but it’s very hard to beat Chris’s stories from his career.